Shabir Hasham has been appointed as Chief Medical Officer and Member of the Executive Management Team, effective May 1, 2022.

Shabir has served as Santhera’s Global Development Program Lead & Global Head Medical Affairs for the past three years. In this role, he was primarily responsible for overseeing the clinical development and regulatory submission of vamorolone for the treatment of Duchenne muscular dystrophy (DMD) and for supporting launch preparations for this lead product candidate. He previously served as Santhera’s Head of Medical Affairs EU & RoW.

Before joining Santhera in 2015, Shabir held various positions at Novartis including EU Medical Director and Global Associate Brand Director for the Neuroscience franchise at Novartis Pharma, and Senior Medical Manager at Novartis Oncology, contributing to global and regional clinical development, medical affairs and launch plans for new products. Earlier in his career, Shabir held medical manager and advisor roles within the neuroscience franchise at Biogen Idec and Pfizer’s cardiovascular business.

Shabir completed his medical studies with an MBBS (Bachelor of Medicine and Surgery) degree from St Bartholomew’s School of Medicine, equivalent to a Doctor of Medicine (MD) in other jurisdictions. Prior to that, Shabir obtained a Bachelor of Science degree (Hons) in Immunopathology and Basic Medical Science from Imperial College London. After subsequently working as a physician with the UK NHS for a number of years, Shabir augmented his education by completing an MPhil in Bioscience Enterprise (MBE), a Master’s degree in biotechnology and strategic models of commercialization, a joint program from University of Cambridge Institute of Biotechnology and The Judge School of Management, for which he was awarded a full scholarship. In 2003, he joined the pharmaceutical industry. 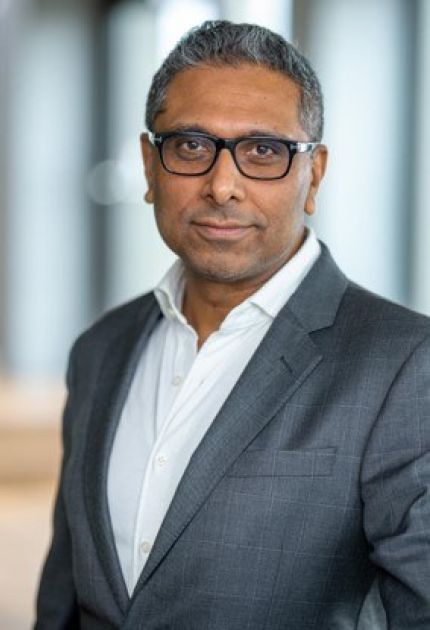